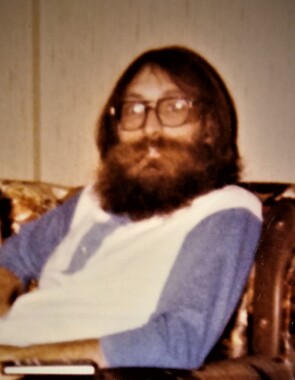 Back to William's story

William Eddie "Roach" Farley, 65, a lifelong Rushville resident, passed away January 13, 2020 in Crawfordsville. He was born February 18, 1954 in Rushville to William & Eva Ruth (Matney) Farley. He married Teresa Muller on December 23, 1973 and she preceded him in death on January 18, 2001.
Roach was a member of the Plum Creek Christian Church. He retired in 2009 from Knauf Mfg. where he was a furnace operator. He was a bartender many years at the Sportsman Bar and a few months at the Westside Bar.
He is survived by his father, William Farley of Rushville, his sons, Troy Farley of Shelbyville and Martin Farley of Rushville, his daughter, Tracie (Shawn) Dollens of Glenwood, a brother, Jerald Farley of Rushville, a sister, Beth (Thomas) Wolfe of Rushville, daughter-in-law, Sally Farley of Rushville, brother-in-law, Mark Myers of Rushville, sister-in-laws, Paula Scott Kirk and Peggy Muller both of Rushville and grandchildren, Arthur, Jeffrey, Eddie, Javen, Shevy, Shaye, Shelby and Shawnie + a great grandchild on the way in July 20'.
He was preceded in death by his mother, a sister, Debra Myers and a brother, Michael Farley.
Services will be held at 2 PM Saturday, January 18, 2020 in Moster Mortuary, Rushville with Pastor Darryl Cooper presiding. Friends are welcome to visit the family in the mortuary from 11 AM until time of service on Saturday.
Cremation will follow service.
There will be a pitch-in dinner at the Family Worship Center in Rushville following services...all are welcome!
Published on January 16, 2020
To plant a tree in memory of William Eddie Farley, please visit Tribute Store.

Plant a tree in memory
of William

A place to share condolences and memories.
The guestbook expires on April 15, 2020.

Jen
A good man with a big heart an always had a smile on his face.. he will be missed.
View all