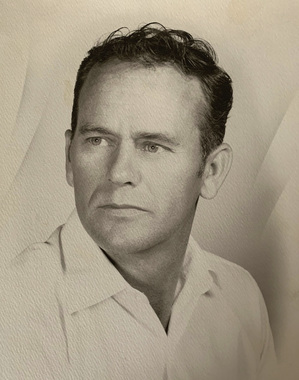 Back to Russell's story

Russell Lowell Jenkins, 89, passed away on March 22, 2020, peacefully at home in Greenwood, IN. Russell was born on March 11, 1931 in Rushville to the late Nathaniel and Ada (Hutson) Jenkins.
He married Donna Mae Keith on October 26, 1953 and then Sharon Hurley on September 6, 1996.
Russell served in the United States Army from 1950-53 and was a Korean War Veteran. During his life he worked in the building trades with his father and built pole barns. Later, he worked and retired from Perfect Circle Corporation in Rushville and Syracuse, IN. He enjoyed all his grandchildren and loved carpenter work, camping, playing cards and dice and watching old western movies.
Russell is survived by his sons, Russell S. Jenkins and his wife Linda of Rushville, Terry A. Jenkins of Rushville, Charles R. Jenkins and his wife Gina of Rushville, David A. Jenkins and his wife Rhonda of Pikeville, TN; daughter, Lori A. (Jenkins) Ledford of Greenwood; sister, Mary Smith of Connersville. Russell also leaves behind seven grandchildren and seven great grandchildren along with several nieces and nephews.
In addition to his parents, Russell was preceded in death by his second wife, Sharon Hurley; brothers, John F. Jenkins, Bobby E. Jenkins Sr. and a great granddaughter.
Private graveside services will be held at East Hill Cemetery in Rushville at the convenience of the family. Arrangements have been entrusted to Burns Funeral Home in Milroy, IN. Please express condolences or share a memory of Russell at www.burnsfuneralhomemilroy.com.
Published on March 24, 2020
To plant a tree in memory of Russell Lowell Jenkins, please visit Tribute Store.

Plant a tree in memory
of Russell

A place to share condolences and memories.
The guestbook expires on June 22, 2020.

Tamara Jenkins Lewis
Sending condolences to my extended family. I am so thankful that I was able to talk to him recently and tell him that I loved him. He was a very kind man and I will always remember his laugh. RIP my dear uncle. ❤️🙏🏻
Freddie B. True
Hanratty, Chuckie Jenks, all the boys -
For all things there is a season. Hang tight. God Bless you all.
May your Dad rest in peace.
Sandi Jenkins
My hearts go out to each of you. I know he’s is at rest in our fathers arms surrounded by loved ones. One day we’ll all be together again. Rest In Peace Uncle Russ. Much love to you all. Sandi.
Tim Shuppert
Sorry to hear about you father Chuck. Wish I could be there for you and your family. I’ll keep you in my prayers.
Jerry kuhn
My sympathy.
The Joel Brito Family
Condolences and prayers to all the Jenkins Family’s in their time of loss.
Beth Whittaker
Russell was always so kind to me. A very kind gentleman and lived a good life. So glad that David and Lori got to spend the quality time with him and took good care of him. Love you all, please know you all are in my thoughts and prayers
Leslie Seibert
Russ, Linda and Fr. Aaron I’m so sorry for your loss. I will keep all of you and your family in my prayers
John N Jenkins

We will all miss you uncle Tony !!! Rest In Peace ☮️

Cindy brady
I am sorry for your loss i will miss you uncle russ i remember when we all meet down a grandma keith house that was the good old days
Mark Click
Worked with him at Perfect Circle. He had a good sense of humor. I think it was tested several times. My condolences to the family.
View all