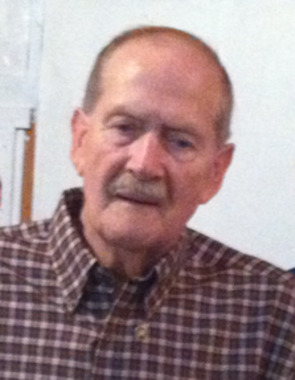 Back to Robert's story

Robert G. "Bob" Ash, 79 of Glenwood, passed away on February 27, 2020 in Rushville. He was born on November 19, 1940 in Fayette County, IN to the late Mann and Maudie (Lykins) Ash. He married Marcia (Guerin) Ash on July 1, 1962 and she survives. Bob worked at Schnadig Corporation Rushville for 32 years and went onto to work at Harcourt Outlines. He served his country in the Army Reserve. Bob was a member of the Masonic Lodge Post #234 for over 50 years. He was a member of Orange Community Church of the Cross. Bob enjoyed socializing over a cup of coffee with friends. He loved spending time with grandchildren and family.
In addition to his wife, Marcia, he is survived by his sons, Rob (Laura) Ash of Rushville and Jason (Lisa) Ash of New Castle; brother, Donald (Cindy) Ash of Glenwood; sister, Bertha Poe of Rushville; 5 grandchildren, Katelyn Ash, Kelsi Ash, Kourtney Ash, Collin Ash and Mallory Ash. He will also be missed by many nieces and nephews.
Bob is preceded in death by his parents, brothers, Ray Ash, Gene Ash, Paul Ash, Charles Ash, Carl Ash, Elwood Ash and sisters, Mary Kirk and Hazel DeMoss.
Services will be held on Tuesday, March 3, 2020 at 11 AM, in Moster Mortuary, with Pastor Stan Howard presiding. Friends are welcome to visit the family from 4PM-8PM on Monday, March 2, 2020. Burial will be held in Orange Cemetery. Memorial contributions to the Orange Community Church of the Cross or to Rush County Community Foundation.
Published on February 27, 2020
To plant a tree in memory of Robert G. Ash, please visit Tribute Store.

Plant a tree in memory
of Robert

A place to share condolences and memories.
The guestbook expires on May 27, 2020.

America the Beautiful was purchased for the family of Robert G. Ash by Paul T . and Bernadine Ewing.  Send flowers

Rose Remembrance was purchased for the family of Robert G. Ash by The Guerin Family.  Send flowers

Teresa Jessee
Very sorry to hear of your loss. May the Lord be with Bob's family & friends
Jeff DeMoss

Lovely One Spathiphyllum Plant was purchased for the family of Robert G. Ash by Jeff DeMoss.  Send flowers