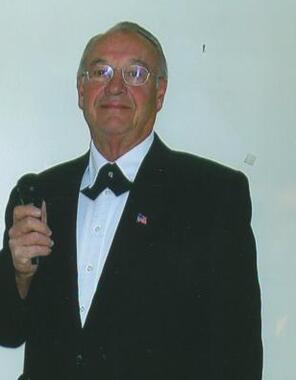 Back to Pete's story

Pete Levi, 79 of New Salem, passed away on September 20, 2019 in Rushville. He was born on January 23, 1940 to the late Harold Francis "Punk" and Hazel (Richardson) Levi. Pete graduated from Rushville High School in 1958 then went onto Franklin College earning his Bachelor's Degree. He finished at Ball State University with a Master's Degree in Education. Pete married Shirley (Holman) on June 18, 1989 and she survives. He was a principle at Gings Elementary and in Greensburg. Pete taught at Connersville. He was a member of the Liberty Baptist Church in Greensburg. Pete loved rodeos and was passionate about his horses.

In addition to his wife, Shirley; he is survived by his son, Daniel Levi of Fayette County, IN; step-sons, Larry (Cindy) Allen of Shelbyville, IN and David (Amanda) Graham of Morristown, IN; step-daughters, Beth (Ray) Logan of Franklin County, IN and April (Christopher) Collett of Franklin County, IN; brother, Bruce (Linda) Levi of Rushville, IN; sister-in-law, Chris Levi of Rushville, IN; many grandchildren and many great-grandchildren. He will also be missed by his step-brothers, Mike (Cindy) Weidner, John (Susan) Weidner, Tony ( Reny) Weidner and Bill Weidner, step-sisters, Jane Fry & Jean Ann (Don) Osterling and step sister-in-law, Mel Weidner.

Memorial Service will be held on Wednesday, September 25, 2019 in Moster Mortuary at 1 PM with Pastor Jeff Edwards presiding. Friends are welcome to visit the family from 11 AM until the time of service in the mortuary. Memorial contributions may be made to St. Jude's Hospital
Published on September 23, 2019
To plant a tree in memory of Pete Levi, please visit Tribute Store.

Plant a tree in memory
of Pete

A place to share condolences and memories.
The guestbook expires on December 22, 2019.

Restore the guestbook to view the 2 more posts by family and friends, and share a memory or message of condolence of your own.