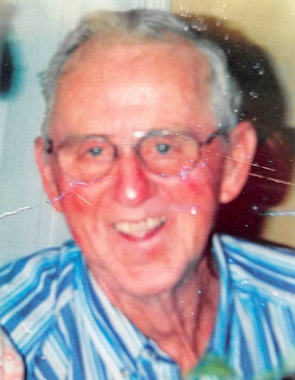 Back to Norman's story

Norman E. Munson, 84, of Connersville flew on the angles wings March 21, 2020, with his family by his side.
The youngest of 3 children, Norman was born on May 20, 1935, to Eldo and Maria (Browning) Munson in Alquina, Indiana (Fayette County).
Norman graduated from Alquina High School in 1953 where he played basketball. He served his country for four years in the United States Air Force, in part overseas. In February 1958, he married Agnes Frank. Norman returned home the summer of 1958 and worked for Johnson Farms near Glenwood, Indiana where he soon took over management of the farm. In 1967, he went to work for Farmers Tractor Implements in Connersville, Indiana. When Farmers Tractor closed and moved to Rushville, Norman moved with them where he became the service manager for a number of years. When Farmers Tractor burnt, Norman was asked to move to parts manager and he helped rebuild the parts department. He continued to work for Farmers Tractor which then became Smith Implements, retiring in 2005, after 38 years of serving farmers.
Norman was a faithful member of St. Gabriel Catholic Church, and a 4th degree member of the Knights of Columbus Assembly #248.
Norman enjoyed listening to his favorite songs, I'll Fly Away and When the Saints Go Marching In.
Norman and Agnes owned and operated a farm near Glenwood. They raised cattle, swine, corn, soybeans, wheat, oats, and hay. Norman served on the Glenwood Volunteer Fire Department, and was named firefighter of the year in 2000 by the American Legion in Rushville. For many years, he was a 4-H leader for the Tractor Maintenance Club in Fayette County and served on the Fayette County Co-Op Board for a number of years.
Norman and Agnes have two sons, Wayne Munson and wife, Sue (Nobbe) of Rushville and Dale Munson and wife, Nina (Wilhelm) of Connersville; four grandchildren: Kyle (Morgan) Munson of Rushville; Lisa (Cameron) Wen of Greenfield; Devin (Beth) Munson of Rushville; and Dustin (Emily) Munson of Connersville; and seven great-grandchildren: Oliver and Boyd Munson; Amelia, Kylie, and Cooper West; and Dawson and Ryan Munson.
Survivors include all the above plus a step-brother, Jerry (Lori) Dickerson of Connersville, two cousins Cindy (Robert) Young of Connersville, Sharon McHenry of Connersville; a niece, Patty Anderton of Florida; and a number of in-laws from the Frank Family of Connersville.
Preceding Norman in death were his parents Eldo and Maria; a sister, Naomi Munson; and a brother, John Munson of Florida.
A private service will be conducted on Tuesday, March 24, 2020, at Miller, Moster, Robbins Funeral Home. Reverend Dustin Boehm will officiate. Burial with military honors provided by the Fayette County Veterans Council will follow in Dale Cemetery. A memorial Mass of Christian Burial will be celebrated at a later date.
In lieu of flowers, donations can be made to Premier Hospice, Parkinson Foundation, St Gabriel Church or the Glenwood Volunteer Fire Department. Online condolences may be made anytime at millermosterrobbins.com.
Published on March 23, 2020
To plant a tree in memory of Norman E. Munson, please visit Tribute Store.

Plant a tree in memory
of Norman

A place to share condolences and memories.
The guestbook expires on June 21, 2020.

Keith Carfield
Remember him well ! Always helped out ! Good man ! RIP
Dorothy Wilhelm Neville
So sorry for your loss Dale and Nina , and the MUNSON family. Sure he will be missed.
Barb Cox
So sorry for your loss. Loved watching football games on Thanksgiving Day lots of good memories. So sorry Agnes.
Jeff Griffin
A wonderful man whom helped shape my life. Thank you Norm.

Thoughts are with Agnes and the entire family.
Faye Ingram
My sincere condolences on your loss.
Danny & Tina Hughes
We are so sorry to hear of Norm's passing. We have a lot of precious memories of him from many, many years. Our hearts are with all of the family.
Tammie
It was an honor..i will miss you. So sorry Agnes.
Kristi Ebbert
So very sorry for your lose. Our thoughts and prayers are with the family.
George and Jan Miller
Dear Munsons,
So very sorry for your loss! Heaven certainly gained an Angel! Love, hugs and prayers!
Brenda Hamilton

Condolences to the family. Uncle Norman was special. Loved our talks and enjoyed playing cards with him. He will be greatly missed.

Terri Shouse
Prayers for the family during this difficult time!🙏🙏
View all 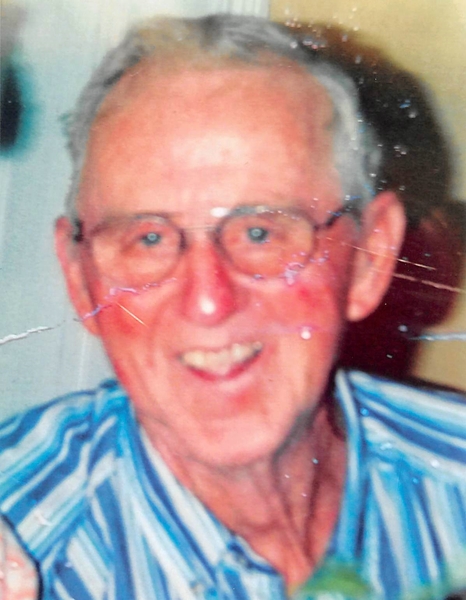