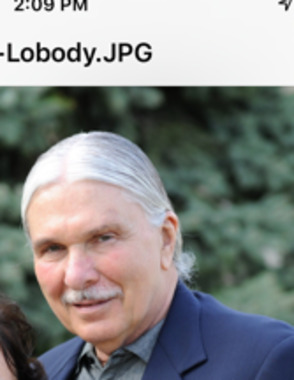 Back to Michael's story

Michael L. Duncan, 70, left this earth for heaven on Saturday, January 18, 2020 at Witham Memorial Hospital in Lebanon. He was born on March 31, 1949 in Rushville, Indiana, a son of the late Herschel and Lena Rose (Sexton) Duncan.
Mike attended high school in Rushville, Indiana. He served his country honorably during the Vietnam conflict.
On May 12, 1987, he was married to Marcy (Shipman) Duncan; she survives.
He was employed for 25 years as a commercial claim's adjustor, retiring from Traveler's Insurance in 2019.
Mike enjoyed being outdoors and loved riding his motorcycle. He was an avid sportsman and enjoyed remote control cars, airplanes and boats. He took much pride in his grandchildren, great grandchildren and loved being with his family.
Survivors include his wife: Marcy L. Duncan of Lebanon, Indiana;
daughters: Kim (Tom) Miller of Fort Wayne, Indiana, Laura (Joe) Wharton of Fort Wayne, Indiana; eleven grandchildren; three great grandchildren; brother, Daniel (Teri) Duncan of Florida; sister, Martha Grace (Tom) Hamon of Rushville; sisters and brothers-in-law: Debra Burke of Houston, Texas; Christine Payne of Evansville, Indiana; Catherine (Bruce) Lobody of Valparaiso, Indiana; Robert (Laurie) Shipman of Evansville, Indiana; James (Kim) Shipman of Cedar Lake, Indiana; Jerry Bridges of New Palestine, Indiana; several nieces and nephews; along with special friends, Rex and Sheri Cook of Lebanon.
In addition to his parents, Mike was preceded in death by a brother, John Duncan; sisters, Donna Belle Gard and Sara Jane Bridges; sister-in-law, Shirley Evans; brother-in-law, Donnie Payne; and his father and mother-in-law, Robert and Helen Shipman.
Friends may visit beginning at 1:00 p.m. on Saturday, January 25, 2020 at Myers Mortuary, 1502 North Lebanon Street, in Lebanon, Indiana. Memorial Services will be held at 2:00 p.m. on Saturday at the funeral home in Lebanon. Boone County Crematory has been entrusted with his cremation arrangements.
Memorials may be given in his honor to the charity of your choice or consider being an organ/ tissue donor through the Indiana Donor Network.

Plant a tree in memory
of Michael

A place to share condolences and memories.
The guestbook expires on April 21, 2020.

Be the first to share a memory or condolence.