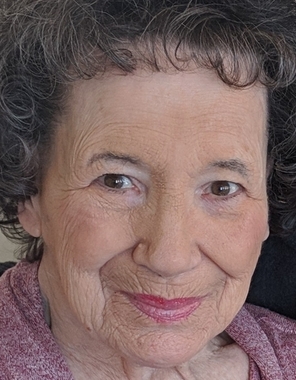 Back to Melissa's story

Melissa Anna Cowan, 81 formerly of Milroy, passed away on February 11, 2020 in Morristown, Indiana. She was born on January 29, 1939 in Indianapolis to the late Wilhelm and Lillie Ann Koch. Melissa graduated from Martinsville High School in 1957, and returned to many class reunions through the years.
She married George Cowan on November 9, 1963. He preceded her in death in 2006. Melissa worked at Marsh Supermarket in Rushville for many years in the produce department. She returned to college and graduated in May of 1989 from the University of Indianapolis with a Bachelor of Science degree in Education. She then went on to teach at South Ripley Jr.-Sr. High in Versailles. Upon retirement from teaching, she was employed at Walmart in Greensburg where she enjoyed passing out stickers and high fives to kids. Many were excited to see Grandma Cookie when they entered the store. She is also remembered for the meaningful Veterans and Memorial Day programs she organized for the store.
Melissa was very passionate about history, especially the Civil War and Indiana State History. She also researched genealogy and helped others learn to research their families. She also loved the "Chicken Soup for the Soul" books and had a large collection of them.
Melissa's father was from Germany, and she was able to reconnect with family members still living in Germany and traveled there in 1996, 1997 and again in 2004. She enjoyed learning about her family and seeing where her father grew up. She was a member of the Milroy Presbyterian Church until it closed in 1976. She then transferred her membership to the Milroy United Methodist Church. She was a loyal, faithful member and was a Sunday school and VBS teacher and Youth Group leader. She was a Girl Scout leader for many years, as well as a Den Mother for Cub Scouts.
Melissa is survived by children, Jim (Stacey) Cowan of Arlington, Jeff (Sara) Cowan of Cincinnati, Jon (Tammy) Cowan of Connersville, Mary Ann (Dan) Crisman of Greenfield, Laura (Mike) Jessup of Milroy, and a brother Jim (Rhonda) Luurtsema of Elwood. She will be missed by her 12 grandchildren Jonathon (Kristen) Cowan, Mathew (Kayla) Cowan, Triva (Randy) Courter, Rachel (Zach) Plank, Carolanna and Caleb Jessup, Mitchell and Will Cowan, Lily and Luke Cowan and Dawson and Mason Crisman. She is also survived by 9 great grandchildren.
Services will be held on Sunday, February 16, 2020 at 4:30 PM at the Milroy United Methodist Church with Pastor Teresa Poole and Phil Mitchell presiding. Friends are welcome to visit the family from 1:30 until the time of service. Burial will be at a later date. In lieu of flowers, memorial contributions can be made to the Milroy United Methodist Church. Arrangements have been entrusted to Burns Funeral Home, Milroy, IN.
Published on February 13, 2020
To send flowers to the family of Melissa Anna Cowan, please visit Tribute Store.

Send flowers
in memory of Melissa

A place to share condolences and memories.
The guestbook expires on May 13, 2020.

Wanda and Ray Rose
To Cookie's family - We are so sorry to learn of Melissa passing only this Sunday afternoon at five o'clock. The last time we spoke she had been in a new location at Greenfield across from the hospital and was liking her new apartment. She was waiting on new reports from her doctor after doing more testing. The sad thing is that a small voice was telling me to call her went unheeded. We had some great times and lots of laughs. She will be greatly missed. Her enthusiasm for life was super and she always had a smile for everyone. She came to work at Hoosier Insurance Group on Pennsylvania street downtown Indy where our friendship began and kept in touch. She had worked for Indiana S...tate - just cannot remember the time. She and I went to the Govenor -Democrat big party and she was expected to buy tickets for the party and show up so she invited me to go with her. We went to see Clark Gable in Gone with the Wind and laughed our heads off at some of our personal remarks. She came to see our 'new' house before we actually moved in and we got scared because of some of the old house creaking noices. Later she came to visit when Jerry was a baby. Jerry dropped his bottle as we sat at the dining table and she picked it up and wiped it across her dress and popped it back in his mouth. I was mortified!! First baby and just how germy was that? We laughed later about that scene. Yes - she was a good friend and I will miss her as so many others will too. I sent a 4 page letter mailed just a few days ago and don't know if it got to her. What happened? At Morristown all I can guess is at a hospital where she was being treated? She has been brave all through her many illnesses and surgeries. She always had faith in her doctors. To say she loved you all is an understatement. Always she was telling me about her own children and especially the grands. Her involvement with Indiana History displays always made her happy. One thing for sure and why I didn't respone to it is this. Always Always listen to that small voice. Often times that is exact;y how our phone calls began.We were thinking of each other. My heart goes out to you all. There is a song by Guy Penrod that says in part, "Why would I pray him back when he has gone to heaven?" Your mom is singing with the Angels and dancing to the music. Her pride in her family cannot be heralded enough. She wants you to rejoice with her as she has crossed Jordan. Her heart was huge and she loved much. We grieve for our own selves but should not. Rather we should live our lives so as to meet her one day as she meets us at the river Jordan when God calls us home.Read more
View all