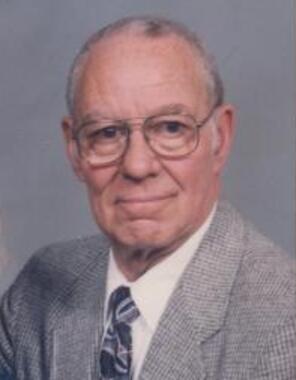 Back to Harvey's story

Harvey Ray Anderson, Jr. 92 of Manilla passed away on January 9, 2020 in Manilla. He was born on April 4, 1927 in Shelby County to the late Harvey Ray, Sr. and Lena Mae (McMichael) Anderson. Harvey graduated from Arlington High School. He married Lois Mae (Mitchell) Anderson on September 19, 1947 at the Arlington Christian Church in Arlington, Indiana and she preceded him in death on June 2, 2017. Harvey was a member of the Blue River Wesleyan Church. He was a huge fan of the Lady Lions Basketball team and enjoyed watching the Indianapolis Colts and Indiana University play.
Harvey is survived by his children, Paula Tieffel of Herrick, IL; Roger (Ranae) Anderson of Camby,IN; Don (Terri) Anderson of Terre Haute, IN; Ron Anderson of Richmond, IN; and Teresa (Charlie) Farthing, Rushville, IN. He is also survived by five grandchildren; 10 great grandchildren; and 2 great-great grandchild.
Harvey is preceded in death by his parents, wife, grandson, Ryan Dunaway and sisters, Virginia Bennett and Juanita Ward.
Services will be held at 1 pm Tuesday, January 14, 2020 in Moster Mortuary, with Rev. Aaron Marshall presiding. Friends are welcome to visit the family from 11 AM until the time of service in the mortuary. Burial will be in Blue River Wesleyan Church Cemetery. Memorial contributions may be made to Blue River Wesleyan Church in memory of Harvey.
Published on January 13, 2020
To send flowers to the family of Harvey Ray Anderson, Jr., please visit Tribute Store.

Send flowers
in memory of Harvey

A place to share condolences and memories.
The guestbook expires on April 12, 2020.

Nancy McMichael
For Paula and her brothers--I'm so sorry to hear about your loss. I have many fond memories from time spent on your family farm when I was growing up.
Kenya Steffey Beasley
My condolences to all of you Anderson kids, my childhood Arlington friends...
RANDY and Judy (Nelson) Nigh
Our sincere condolences to this family. It was always nice being neighbors with all of you. You are in our thoughts and prayers. 🙏
View all