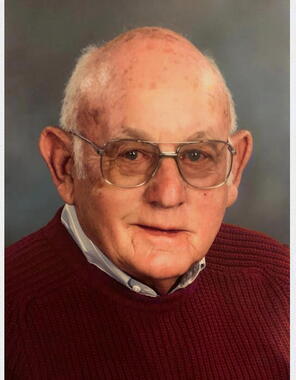 Back to Glen's story

Glen Allen Wiley, 94, passed away January 16, 2020, following a long battle with cancer. Born May 31, 1925 in Rush County, he was the son of Colonel and Vella (Kinnett) Wiley. Glen graduated from Milroy High School and joined the Marines in 1943 at the age of 17. He was in the South Pacific, Philippines and China during his service for his country. Glen was discharged May 26, 1946 as a Sergeant and was awarded six campaign ribbons with battle stars that he wore on his uniform.
Upon his return to the area in 1946, after World War II ended, he was a professional truck driver and drove for Mayflower, International Furniture (Schnadig) and Culpeper Wood Preservers (for S&M Trucking). There wasn't a town or a road that he didn't know. He could get anywhere without a map.
He married Alice Ruth Terhune on August 19, 1947 and they were married for 53 years, until her death on November 10, 2000.
He has traveled extensively since his retirement, with his very special friend, Joan Lines. Their travels included several Presidential Libraries and National Parks.
Glen toured the War Memorials in Washington D.C. several times, including Indy Honor Flight #10, with his son Joe as guardian, in April of 2015.
He was a member of the Milroy United Methodist Church, Charter member of the Wake Riders Boat Club and a member of the Masonic Lodge.
He is survived by a daughter, Linda (Ron) Eineman of Greensburg and a son, Joe (Brenda) Wiley of Mooreland and his very special friend Joan Lines. Other survivors include 4 grandchildren, Michael (Amy) Wiley, Stephen (Ashley) Wiley, Adam (Lisa) Wiley and Jennifer (Cameron Apple) Wiley. 2 Step-grandchildren, Jacob (Ciara) Johnson and Amy (Will) Pullins. 9 great-grandchildren and 5 step-great-grandchildren, 2 nephews and several cousins also survive.
He was preceded in death by his wife, his parents, his sister, Betty Smith and a great-grand daughter, Lauren Alice Wiley.
Graveside services will be held on Saturday, January 25, 2020 at 2:00pm at the Richland Cemetery, located on St. Rd. 244 at CR 365E in Rush County, with Rev. Teresa Poole, Rev. Phil Mitchell and Rev. Carol Ruth Wiley officiating. Military services will follow with a very special presentation of taps by Glen's cousin, Terri Wiley Ewigleben.
In lieu of flowers, the family requests that donations be made to the Alice R. Wiley Scholarship Fund through the Rush County Community Foundation or the Milroy United Methodist Church.
Todd Funeral Centre and Crematory is handling the services.
Published on January 22, 2020
To plant a tree in memory of Glen Allen Wiley, please visit Tribute Store.

Plant a tree in memory
of Glen

A place to share condolences and memories.
The guestbook expires on April 21, 2020.

Sam Scott
Glen is a big part of many of my best childhood memories. To me, he was the Wake Riders Boat Club. He taught me to ski and how to be a good friend- as he was to my Dad.
Good-by to a kind and generous man.
Linda and Joe; My deepest sympathy for this loss of the hand on your shoulder.
Kari Ruth
Glen will always hold a very special place in my heart! I have many childhood memories of him and my grandfather Bill Conway. I remember his visits to Gator in Punta Gorda yearly! I will forever miss you Glen and love you always! Gone but never forgotten...always in our hearts!
Love , Kari Sue
The Price Cox Family
Our prayers and blessings go out to Glen's family during this time of sorrow. Glen was a very nice man and had many friends that will miss him.
View all