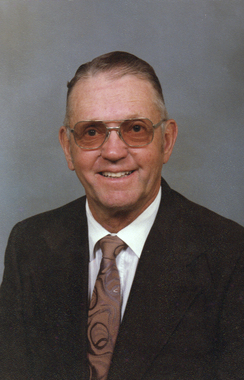 Back to Donovan's story

Donovan Bacon, of Milroy, passed peacefully from this life surrounded by family on Tuesday, Aug. 27, 2019.
Don was born March 3, 1930, to Earl and Norma Wall Bacon in Hancock County. Don married Bille Joy VanSickle Bacon on Aug. 12, 1950.
He was preceded in death by both parents and his wife.
Don is survived by his three sons, Dean (Pat) Bacon of Milroy, Ron (Susie) Bacon of Greenwood, Mark (Linda) Bacon of Milroy; six grandchildren; 13 great grandchildren; two brothers, Phillip (Sandy) of Indianapolis, Paul (Norma Jean) of Upland; and special friends the Dave Sliger family and Mary Ellen Green.
Don's life was filled with service to others. He served in the Korean War with the Alaskan Defense Command. In addition he served as a director on many boards, including the Rush County Farm Bureau CoOp, Rush County Farm Bureau Inc., VFW and the American Legion. He also drove a school bus for the Rush County School System for 32 years, drove Ready Mix Milk Truck and was still farming his land. Above all, he served our Heavenly Father as a deacon and elder as a life-long member of Moscow Christian Church. Don eternally touched countless lives on earth.
Visitation will be from 4 to 8 p.m. Monday, Sept. 5 at Moscow Christian Church. Funeral service will be at 10 a.m. Tuesday, Sept. 6 at Moscow Christian Church with Phillip Bacon officiating.
Burial will follow in Moscow Cemetery. Burns Funeral Home entrusted with arrangements.
Published on August 28, 2019
To plant a tree in memory of Donovan Bacon, please visit Tribute Store.

Plant a tree in memory
of Donovan

A place to share condolences and memories.
The guestbook expires on November 26, 2019.

Restore the guestbook to view the 4 more posts by family and friends, and share a memory or message of condolence of your own.