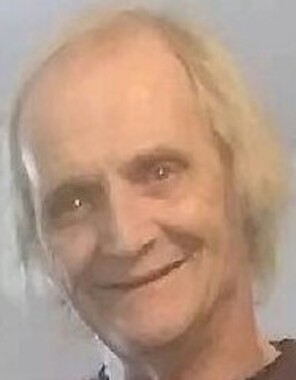 Back to Donald's story

Donald J. Ruhlman, 63, a lifelong Rushville resident, passed away January 14, 2020 in Indianapolis. Don was born September 16, 1956 in Rushville to Robert G. & Josephine (McClurg) Ruhlman. He was a 1974 graduate of Rushville Consolidated High School. Don married Jane Richmond on August 5, 1977 and she survives. Don served 6 years in the Indiana National Guard.
He was a gifted boat mechanic and helped to build Schumaker Performance in Greenwood where he dedicated nearly 30 years.
He and Jane were avid bowlers & very active in many leagues in Rushville. He participated in many State & National tournaments. Don loved Nascar and watching the sport. He most of all enjoyed his family and his grandkids.
In addition to his wife, Jane, of Rushville, he is survived by his children, Heather (Dave) Rolfe of Milroy and Ryan "Bub" Ruhlman (Rebecca Malcom) of Rushville, his grandkids, Macy & Devon Rolfe and Addyson Ruhlman and his brother, John Dennis Ruhlman of Rush County. He was preceded in death by his parents and a stillborn sister, Margaret Ann Ruhlman.
Services for Don will be at 1 PM Monday, January 20, 2020 in Moster Mortuary, Rushville with Pastor Teresa Poole presiding. Friends are welcome to visit the family from 2-6 PM on Sunday, January 19 in the mortuary. Burial will be in the Glencove Cemetery in Knightstown.
Memorial contributions may be made to the St. Vincent's House.
Published on January 16, 2020
To plant a tree in memory of Donald J. Ruhlman, please visit Tribute Store.

Plant a tree in memory
of Donald

A place to share condolences and memories.
The guestbook expires on April 15, 2020.

Serene Retreat was purchased for the family of Donald J. Ruhlman by The McClurg's - Jim, Jeni, Jamison & Joe.  Send flowers

Terry and Iva Hartwell
Our sympathy and prayers are with Jane and the family. So sorry for your loss.
View all