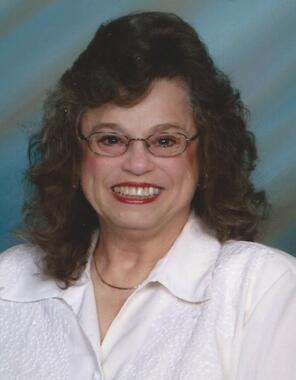 Back to Diane's story

Diane Lavaughn John, 72, of Shelbyville passed away Saturday, September 7, 2019 at Hancock Regional Hospital in Greenfield.
She was born February 4, 1947, in Rushville, the daughter of James and Doris (Adams) Ferguson. On May 26, 1974, she married her husband of 45 years, Tom John, and he survives.
In addition to Tom, Diane is survived by her mother of Rushville; brothers, Bill Ferguson of Hahira, Georgia, Tom Ferguson of Rush County, and John Ferguson and wife, Vikki, of Port Charlotte, Florida; and several nieces and nephews.
Diane was preceded in death by her father in 2004.
She graduated from Mays High School in 1965. After high school, she attended and supported Johnson Bible College, which later became Johnson University. She graduated from IUPUC.
Diane was an active member of Morristown Christian Church, where her love of music was evident as she sang in the choir and played the piano. She had also formerly been a Sunday school teacher. Diane had a very special friendship with her church family.
She was a teacher for Shelby Eastern School District, she taught grades 6th thru 12th at Morristown, retiring in May of 2012, with 25 years of service. After retirement, Diane was a CASA worker.
Diane enjoyed cooking and traveling to Tennessee and Florida.
Visitation will be from 4 to 8 p.m. Tuesday, September 10, 2019 at Freeman Family Funeral Homes and Crematory, Carmony-Ewing Chapel, 819 S. Harrison St. in Shelbyville.
Funeral services will be at 10 a.m. Wednesday, September 11, 2019 at the funeral home, with the Revs. Fred Hickman and David Lee officiating.
Interment will be at Bennett Cemetery in Shelby County.
Memorial contributions may be made to the Morristown Christian Church, 209 S. Washington St., Morristown, Indiana 46161 or Johnson University, 7900 Johnson Drive, Knoxville, Tennessee 37998.
Online condolences may be shared with Diane's family at www.freemanfamilyfuneralhomes.com.
Published on September 9, 2019
To plant a tree in memory of Diane Lavaughn John, please visit Tribute Store.

Plant a tree in memory
of Diane

A place to share condolences and memories.
The guestbook expires on December 08, 2019.

Restore the guestbook to view the 10 more posts by family and friends, and share a memory or message of condolence of your own.