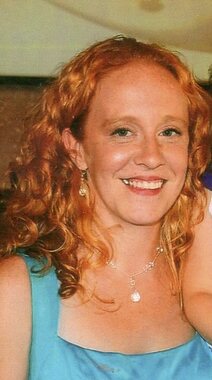 Back to Chasity's story

Chasity Ann Vickers, 32, of Glenwood, IN died Tuesday evening, Dec. 22, 2015 as a result of a vehicular accident near the Rush and Henry Line on State Road 3.
She was born Feb. 27, 1983 in Shelbyville, IN, the daughter of Barney and Tracy McIntosh Woosley and she had attended Shelbyville and Rushville schools.
On June 19, 2010, she was married in Spiceland Church of the Nazarene to Derrick Vickers and they moved to the Glenwood area for residence where she was a loving wife, mother and homemaker.
She was a member of the Spiceland Church of the Nazarene.
Survivors besides her husband include a daughter, Avie Jaine Vickers, at home; her father, Barney Woosley, of Greenfield, IN; her mother, Tracy McIntosh, of Shelbyville, IN; maternal grandparents, Hollis and Ann McIntosh, Fairland, IN; mother-in-law, Trish Vickers and companion, Michael Fleenor, of Glenwood, IN; father-in-law and step mother-in-law, Denver and Libby Vickers, of New Lisbon, IN; and an aunt, Teresa Hastings, of Alabama.
Funeral services were held Monday, Dec. 28, 2015 at Miller, Moster, Robbins Funeral Home, Connersville, IN with Reverend Steve Hamilton and Reverend Allen Southerland officiating. Burial was in Orange North Cemetery.
Published on December 28, 2015
To plant a tree in memory of Chasity Vickers, please visit Tribute Store.

Plant a tree in memory
of Chasity

A place to share condolences and memories.
The guestbook expires on March 27, 2016.

Restore this Guestbook to share a memory or message of condolence of your own.